Slice of Life: The Face Behind the Forecast | Todd Cook – McCall Weather 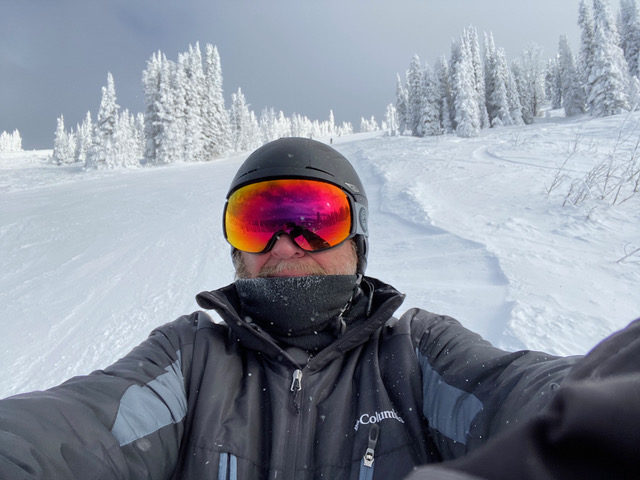 In a mountain community, being obsessed with the weather forecast doesn’t make you unique. Todd Cook takes his obsession with the weather to a higher level – a level one might even call – atmospheric.

Cook is the brains behind the “McCall Weather” Facebook page. While its title is simple and straightforward, Todd’s forecasts go far beyond the basics to provide the greater Valley and Adams County areas with an up-to-date, custom forecast.

Like so many of us, Cook was attracted to the McCall area by its outstanding assets: lakes, rivers, mountains, water, and snow. He found the area less frenzied than other places that offer the same outdoor amenities. He should know, he’s lived all over the country. Cook grew up in the Midwest as the son of an earth sciences teacher before migrating through Florida, Colorado, California, Washington, and Wyoming along his outdoor-focused life’s journey.

Here in McCall, Cook’s Facebook page is quickly gaining a loyal following, especially from locals passionate about outdoor pursuits. He takes the forecasts beyond what weather-watchers get from the National Weather Service forecast – by putting it under a hyper-local lens.

“NWS has really big areas to cover, and not only that but really different types of forecast areas to cover, like high desert, mountain valleys, higher mountains,” says Cook. “And they just don’t have the resources to dedicate the time and effort to do really specific local forecasts.“

Cook, however, does and dedicates time and effort to do really specific local forecasts, all on a volunteer basis.

“I’m really trying to have more of a personal touch and focus on this area in particular and take what they (NWS) provide and dive into that a little deeper and give it more of a local aspect.” 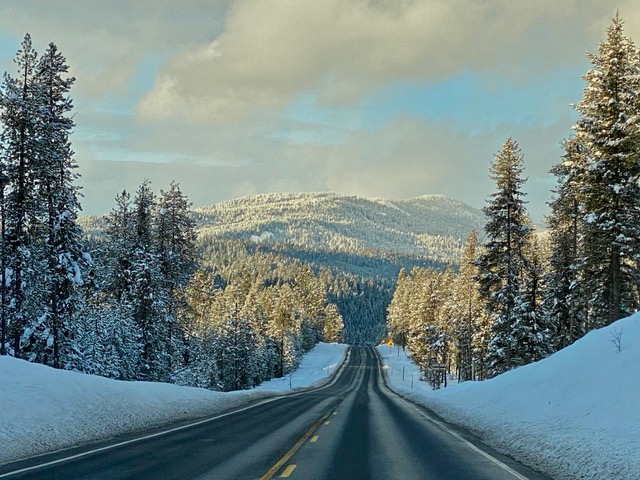 This area presents a couple of challenges for a forecaster. As many locals know, radar coverage here is spotty. Weather models rarely agree. But the biggest challenge, according to Cook, is that the models aren’t specific enough to forecast around the rugged and varied terrain that makes our area so unique.

“Between the different valleys and locations in the area, the different ski mountains obviously, they have quite significant differences when they get more snow and less snow.”

Cook says it can take two to three years to study the relationship between the models and what really ends up happening on the ground, especially in a place where there are so many elevation changes.

“Like with snowfall, I’m still learning some of the different variations,” says Cook. “Like who gets snow when, and at different locations. Seeing and getting reports throughout the winter is a really important part of the process, especially in an area that has such dramatic terrain variables.”

And it’s not just the terrain in our area he is studying. It’s all the terrain that a storm passes over between its source and its arrival. 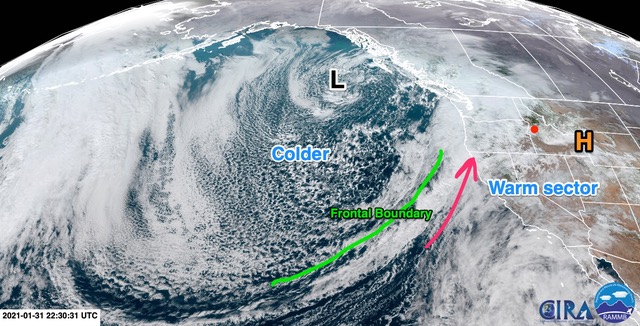 “You see a storm coming in off the Pacific, and the biggest thing is, it’s got the Cascades to go across, it’s got the high desert to go across, if it’s coming from the north, you’ve got the Wallowas up there,” says Cook. “Even the Seven Devils, that’s a small but rugged range and if you get a certain strength of wind coming with a system, that can create a downslope effect and change everything.”

With just one winter under his belt, Cook says he’s already drawn some conclusions about what impacts the two major ski areas, Brundage Mountain and Tamarack.

“Obviously part of it is elevation, and the orientation of the two resorts,” says Cook. “You’ve got Tamarack that sits on the east side of the mountains and then Brundage is on the northwest, so, you get that northwest flow and Brundage, nine times out of ten, is going to do a little better than Tamarack.” 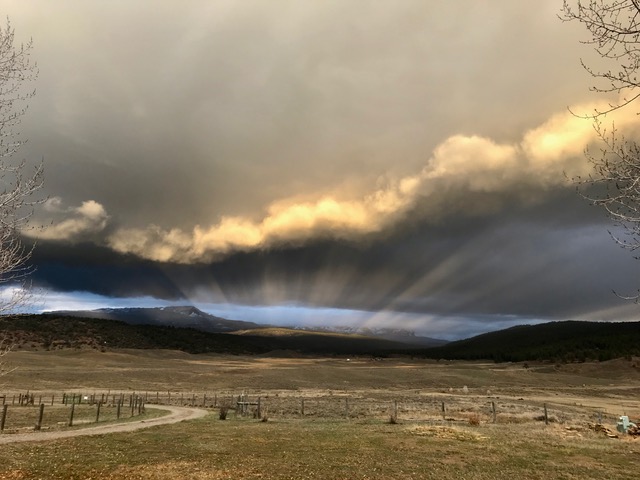 “If you get a southerly storm with a little bit of an easterly component sometimes Tamarack can do better. And even a westerly flow can put Tamarack on top.”

Cook says several events surprised him last winter, and he’s learned there are several factors at play for powder chasers.

“One: where the storm’s coming from,” says Cook. “And two: where the bands of snow set up. Variations in that can make all the difference in just a few miles.”

And those bands of snow can push Tamarack way ahead in some storm cycles. It’s those active storm cycles – both during snow season and thunderstorm season – that keep Cook’s blood pumping and keep his followers coming back for more.

“That’s probably my forte and what I love to do,” says Cook. “NWS will put a forecast out and they don’t come back and change it 90% of the time. I like to stay on top of things and say, ‘hey things are changing.‘”

He’s noticed in this area, the snow or rain totals can be fairly accurate, but a lot of times the timing in the weather models is way off. 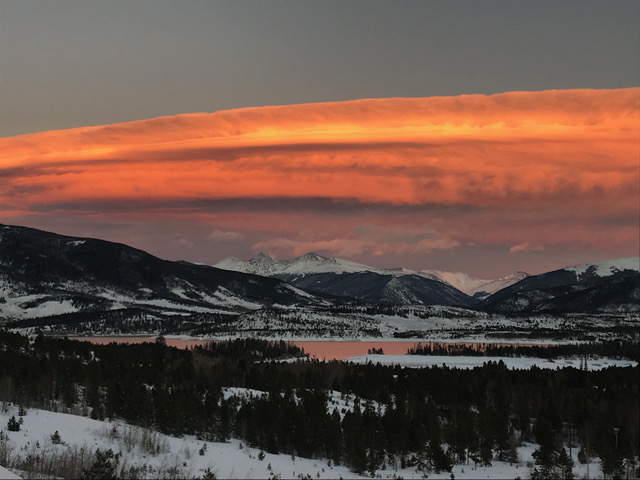 “If there’s a complicated storm coming in, I keep a close eye on things and try to do my best to keep people updated on how things are going to change.”

It’s not all about snow. Anyone who follows McCall Weather year-round knows Todd likes to talk about clouds. And post pictures of them.

“They’re all different, the lighting is always different with different types of clouds.”

And when you spend your time doing complex things like studying models and trends and orographic effects, it can be nice to look up at the sky and remember the sense of wonder he had as a kid.

“When you get the puffy cumulous clouds, you start to imagine the different shapes and they get bigger and bigger like they’re going to turn into something,” muses Cook. “Everybody loves clouds.”

You can follow Todd Cook’s forecasts and updates at facebook.com/McCallWX 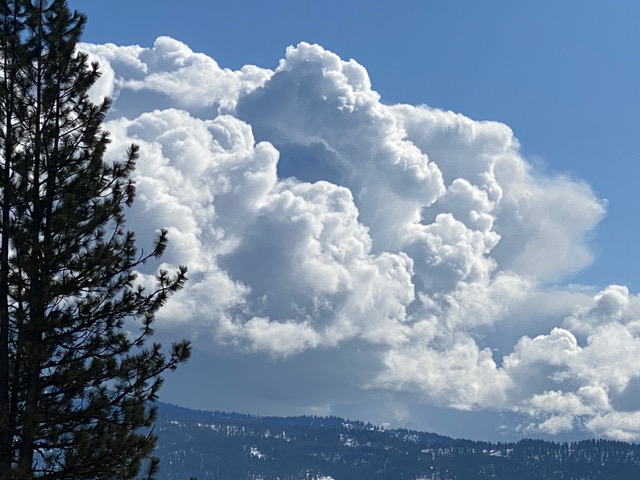